from But That's All by EatTheFood 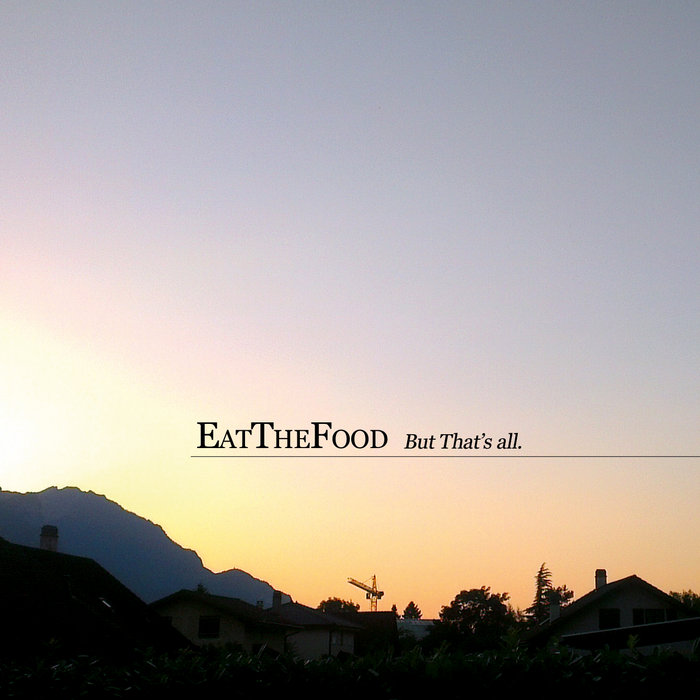 from But That's All, released December 31, 2012
Thanks to Serge Guerriero

Started producing electronic music in early 2011 under the name EatTheFood. At first the music had a lot of dubstep influences.

In 2012 EatTheFood starts experimenting in IDM, Breakbeat and Drum & Bass. But still has Dubstep / Glitch influences.

Bandcamp Daily  your guide to the world of Bandcamp

Featuring Oakland sounds from the Smart Bomb collective and Samplelov.